Adam Meachem is a guitarist and composer based in Western Canada, specializing in guitar-driven atmospheric soundscapes. His proficiency in fingerstyle techniques and mastery of looping & other digital effects while maintaining a classical tone, honed over more than 22 years in the trade, has given Adam the ability to create music on a very wide spectrum that compares to Jesse Cook, Kaki King, Antoine Dufour, and Ewan Dobson when performed live.

Overall, his pieces range from the cinematic--he's produced original soundtracks and themes for award winning films as well as T.V. shows in Canada and the States--to pensive instrumentals and the occasional re-arranged cover song. With such a dynamic range of styles and techniques at his disposal, Adam’s songs deliver continually evolving sonic environments that enhance the listening experience. This is visually evident at Adam’s concerts where audiences are mesmerized by his ability to create acoustic guitar loops and then solo over them with his electric. At larger shows he is accompanied by live world percussion beats, smooth cello, violin, and beautiful vocals.

Adam’s debut album, a full-length multi-instrumental called Axial Precession, is currently being recorded. Its first single, “Totemic Revival”, has been placed on the Satellite Symphony Volume #1 – Music From Beyond Borders, compilation featuring 12 artists from all over the world. His second single release “Sapphire Sun” is another testament to his diversity.

~Graphtech TusQ Picks - "Graphtech TusQ picks are easily the best picks I have ever used hands down!" - Adam Meachem
~Taylor K66-CE 12-string Guitar
~La Patrie Hybrid CW Guitar
~Stonebridge G25CKWT Acoustic Guitar - "Stonebridge builds dream guitars, and I am lucky enough in this lifetime to have a custom Stonebridge Guitar built for me!" - Adam Meachem
~Parker P8-E Acoustic/Electric Guitar
~Schecter Blackjack EX Baritone Electric Guitar
~Fishman Loudbox Performer Acoustic Amplifier - "Fishman Amplifiers are among the best for working musicians, not only because they have amazing tone, but because the D.I. on the back for connection to larger sound systems is just so convenient, crisp and clear!" - Adam Meachem
~Line 6 JM4 Looper

“Adam composed and performed the score to my short film 'Out of the Darkness'. Adam captured the energy of my story thru music in so many amazing ways. The film has already gone on to win Best Cinematography and Best Post-Production at the Okanagan IndieFest, a Merit Award of Awareness from the Awareness Film Festival - Los Angeles and an International Award of Outstanding Excellence from the International Film Festival for Spirituality, Religion & Visionary - Bali, Indonesia. I look forward to working with Adam on my upcoming full feature. ” 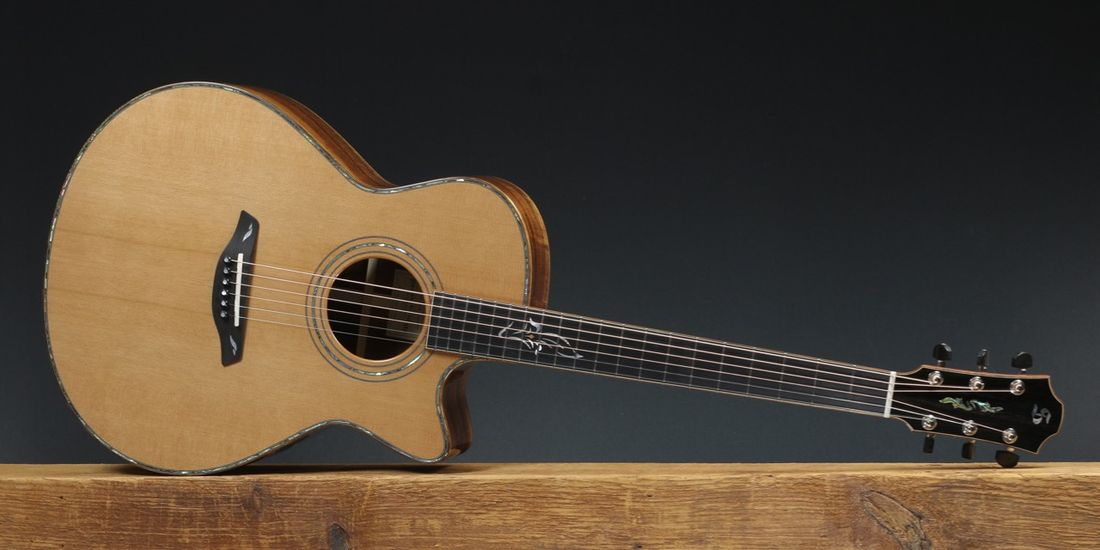